Google it.  You’ll find endless results including Teas, Diets, Body Cleanses, Treatment Programs of all sorts, and many articles including, “How to Quickly Detox Then Pass a Drug & Alcohol Test”.

I freely admit that for a long time in my younger life the word detox meant that a person had to go to a “Treatment Center” to get off of drugs or alcohol.  Why did I think that? That’s all I’d ever heard of.  In my teens through mid-early 20’s I’d had a span of almost 10 years of binging on alcohol and experimenting with recreational drugs.  I’m certainly not bragging, but I’m also not embarrassed to state these facts.

Once, in my early 20’s, I drank way too much alcohol… which landed me in a hospital emergency room.  Fortunately, the ER team knew how to detox my body quickly, as I was told the next day(once I surprisingly awoke in a hospital room) that had my friends not brought me to the hospital when they did, that up to only 10 minutes later I would had been a goner.  Woe.  The Counselor that came to see me that next day in my hospital room asked me if I had a drinking problem.

I’d quite smoking cigarettes and other illegal grasses, and stopped drinking before turning 25 years old.  My new boyfriend(now my husband) inspired me to leave these behind, but it was totally my decision.  I happily did so, never craving a cigarette again.  However, the alcohol set aside for 9 years was picked back up again, conservatively.

Another idea of detoxing came to me in my mid 30’s.   My health was failing me.  I thought I had Fibromyalgia, possibly cancer, and a host of symptoms and ailments that all aided in my being sick.  While doctoring with a Nurse Practitioner in late 2002, we discussed my options and a possible plan to execute tests in the way that Insurance Companies and Health Clinics/Doctors of the American Medical Association(AMA) they’re all affiliated with do business within.

After that discussion, I made a mentally hard decision.  I told the Nurse Practitioner that I was going to seek an all-natural route to deal with my health issues, instead. Surprisingly, she praised my decision and we had a real discussion.  I also reminded her that if the AMA knew she was having this discussion with me that her license to practice medicine within the walls of the AMA would be pulled.

Lovely.  She simply smiled, looked me directly in the eyes after my last statement and said, “I’ve known you long enough to know that you would not do that.  Now…”  And we continued our discussion, ending with me leaving the clinic I’d been doctoring at since carrying our second child, Kelly was 2-3 years old.  I was 38 years old when I made that decision to take control over my health, seeking an alternative solution to aid in making me feel well.

I found a new definition to the word detox once I started doctoring with a Holistic Healthcare doctor named Dr. R.  She was a bright, brown-eyed gal with dark hair, olive skin, with a joyful, jolly laugh, and a matter-of-fact no nonsense personality when talking about health.  And this is where I learned a portion of positive changes I started to live daily, from my weekly, then semi-weekly to monthly visits to Dr. R’s office.

Dr. R lived what she preached, which was why I chose to follow her instructions to regain my health.  I’ve spoke about her in a former blog, Doors Open, Implementing Change.  She was the picture of health, living what she inspired others to live.  The word “vibrant” comes to mind when I think of a word that would describe her. 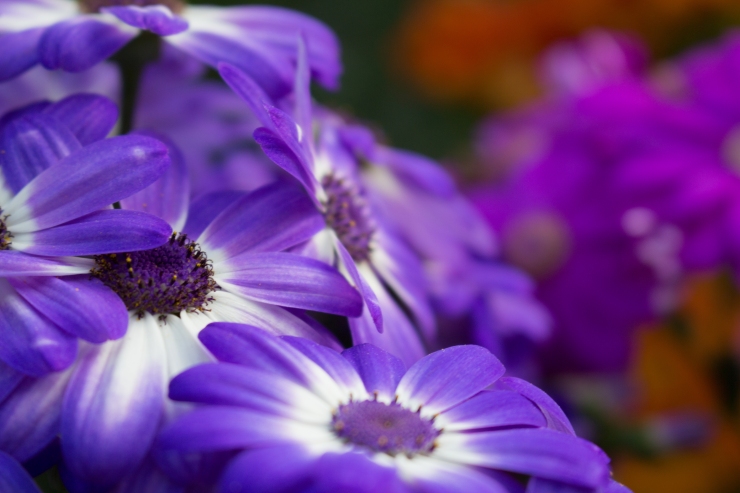 While doctoring with Dr. R, she addressed my organs that were failing to thrive, having me build them back up with nutritional supplements, teas, food as medicine, tinctures, and other healing modalities like Chiropractic and Massage Therapy.  Once we got my body strong enough to go through a detoxification/cleansing process, supporting my liver and kidneys, she said a series of Colonics would cleanse my colon and upper and lower intestines to clear Pathogens from my gut.  If she hadn’t built up my digestive system and organs before the cleanse, the “die-off” effect of pathogens from the supplements and cleansing concoctions I’d be taking during the fast would had over-loaded my system and made me worse off, feeling more sick.  I understood that we were working to build me up to being strong enough TO detox in the fall of 2003.

After 8+ months of building strong organs, I went on an 8 day fast which included taking supplements and drinking lip-smacking concoctions.  I’d made 3 appointments for a series of Colonics during the fast.  I prepared my mind and heart for continued elimination of negatives in my life during the many daily hours I’d be awake(18-20), potential opportunities to deal with my garbage(mentally, emotionally, physically, spiritually).

Physically, having learned how to do Enemas during the months prior to that, Colonics were an upgrade that I was ready for in mind and body.  The system of putting pressurized water in through where the sun does not shine, called a Colonic, was just what I’d needed to improve my over-all health, cleansing the colon and cleaning the walls of my intestines.  Granted, I had felt much better before those Colonics with clean eating- eliminating dairy, grains and sugar from my diet- and supplementing with various vitamins, minerals, and good fats.  However, the Colonics would flush away pathogens causing symptoms I’d had for many years of life, those being Allergies, Sinus Headaches, Mental Fog, Sleeplessness, and clearing up my “undiagnosed by medical doctors” Depression, Anxiety and Mental Illness issues.

Swoosh.  By reversing the water pressure during a Colonic, the suction pulls the water back out from the intestines in a contained tubing system that we could view, watching the elimination pass by towards elsewhere to then be destroyed.  That was simply amazing, seeing built-up garbage that had stuck to the walls of my intestines floating through the tubing.  I asked the Hydrotherapist, Sylvia, LOTS of questions.  She was not asked anything she hadn’t been asked before.  She’d been doing this for 35+ years, having started the colonic service to others with a friend in her basement back in the late 60’s!  At the time I met her, she was working out of Dr. R’s office in the Minneapolis area. Anyone I talk to these days in this line of business, Hydrotherapy, knows or has heard of this woman.  She’s a legend, I guess!  Since none of these young Hydrotherapists have  ever met her in person, and I had, I felt almost famous for having gotten to work with her as her Client!

Like I said, Sylvia knew the answers to all my questions and got me further up-to-speed on the importance of, “…cleansing our bodies twice a year to eliminate toxic built-up wastes(chemicals, pharmaceuticals, heavy metals), parasites, fungus, and bad pathogens that live in our guts, thus wrecking havoc on our health.”  I’m very grateful to have met Sylvia.

During that short season, having great teachers like Dr. R and Sylvia, I also read books that I could refer back to, learning and reminding myself how to take care of my body. The Internet was not what it is today, a Universe of information to be had.  I was learning through people, books, and through experimenting.

Our kiddos saw changes in me, as did my husband and extended family.  I was happier, less intense, willing to change and be challenged, and over-all became more loving, trusting, and accepting of others.  Good changes all due to detoxing and spiritual helps as well.

Dr. R had told me, “People fail to thrive because since the turn of the century, about 100 years ago, our ancestors stopped passing down information on cleansing our bodies with herbs and roots, sharing aged recipes and tinctures, cooking methods, and the like.  Also, before that the Industrial Revolution brought new ideas and new technology that changed farming, towards growing food in mass production.  Now days, there are chemicals in our food, and food companies creating “foods” with non-food ingredients, along with chemical companies having their hands is virtually every part of our lives, including growing our food.  These and other reasons are why people fail to thrive.”

Kelly was doing the same kind of process in GTin5 that I’d done with Dr. R, but the time frame she was working within(10 weeks, then extended to 11 weeks) was too fast for her toxic overloaded body.  Since she had formerly worked with Dr. R, she had a number of positives that were in her favor already, like strengthened organs and clean eating.

Dr. Jack, Christa, and Dr. Tom from the GTin5 program were teaching all of us during the weekly Webinars about detoxing, cleansing, restoring health, and processing through it safely.  I’ll share more on this in my next blog, writer: amy’shelpinghands.

1 thought on “What is Detoxing?”